IND vs BAN Test: In a huge blow to India’s World test Championship chances, star bowlers Mohammad Shami and Ravindra Jadeja have been ruled out of the test series against Bangladesh. Jadeja is struggling with a knee injury, while Shami suffered a shoulder injury on the eve of the tour. Insidesport understands Saurabh Kumar and Mukesh Kumar, part of the India-A squad, will be called up.

“He won’t make it in time for the Test series. Jaddu is also looking difficult. We don’t want to rush their return. Players who are in the A tour will get call-ups for the Test series. Abhimanyu has done well and so does Mukesh and Saurabh. Now, it’s selectors’ call,” a BCCI official to InsideSport.IN.

Mohammad Shami and Ravindra Jadeja are both out of the test series against Bangladesh with their respective injuries. Jadeja has been out of action for the past four months with a knee issue, having undergone surgery. Shami meanwhile was fit and travelled to Bangladesh, but injured his shoulder on the eve of the 1st ODI in Dhaka.

Shami is currently at the National Cricket Academy (NCA) continuing his rehabilitation. Shami’s absence leaves India with no experienced fast bowler, as Jasprit Bumrah is also out with an injury. Mohammed Siraj will lead the attack, while Mukesh Kumar from Bengal will take Shami’s place in the squad. India also have Umesh Yadav in their ranks for the series. 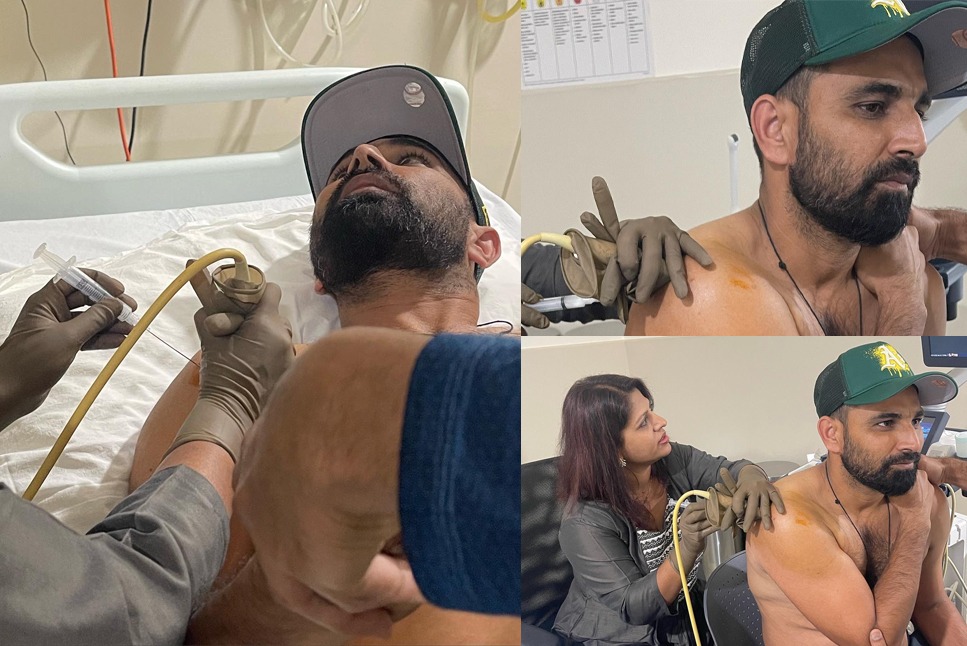 Jadeja meanwhile is back home but far from making a comeback into the Test. He was initially named in both ODI and Test squads but will have to wait for his comeback. All-rounder Saurabh Kumar will replace the left-arm spinner. Both Saurabh Kumar and Mukesh Kumar are in Bangladesh with the India-A team.