Indian all-rounder Shardul Thakur said he has been working on his batting and stressed the importance of the lower order contributing with the bat on the eve of India’s second ODI against South Africa on Saturday.

India will face South Africa in MS Dhoni’s home city for the second match of the three-match ODI series on Sunday, looking to tie the series after suffering a narrow defeat in the first match. The player said that the top teams in the world have a long tail which helps them get those extra 15-20 runs enabling them to get the cushion or play freely. 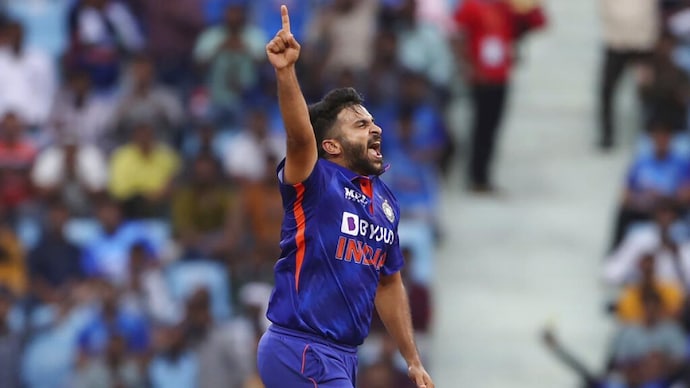 “I have been focusing on my batting since quite a long now. Batting at 7,8 or 9 if these batters can add runs to the total, it is great. It gives you a cushion to defend the total. If you are batting it allows the top order to play freely. if you see the teams that are doing well at the international platform, they have a very deep batting lineup. Teams like Australia and England have very deep batting lineups. So why not the Indian team and make the difference of those 15-20 runs. It can be crucial in winning the match, especially in the ODI format,” said Thakur.

Being in Dhoni’s home town, Thakur talked about the former captain saying that the team misses him and his experience.

“Everyone misses Dhoni because his experience matters a lot for everyone as he has vast experience, he has played more than 300 ODIs, and 90 plus test matches. So to find someone, as experienced as him, is difficult. Our generation has played with him hence we do miss him,” claimed Thakur.

Defending the team’s bowling performance in the recent matches he said that the team has been consistent and the critics need to analyze match situations like pitches, dew etc before making a comment.

“In terms of bowling not only the Indian bowlers are getting hit but bowlers of other teams who are coming to India are also getting hit as witnessed in the South Africa series. We just don’t need to criticize, we need to see and analyze the pitch that the match is being played on. If you look India has played tight matches and not one-sided matches.We have lost matches here and there but we have won most matches. So there is consistency in the team,” explained the all-rounder.

Talking about the nature of the Ranchi pitch and the performance of the players he said, “I have not seen the pitch but if there is dew, it will be preferred to chase. If there is dew the contest will not be even. We lost the Lucknow match but it was very closely fought. The players playing have not played international cricket for some time. I am sure there will be an improvement in the performance in the coming matches.”