As all the Indian fans and cricketers will hook to Afghanistan vs New Zealand match, Ravindra Jadeja has made it no secret that he will be closely watching the game. On Friday after India thrashed Scotland by 8 wickets, he was asked by a reporter, what he would do if New Zealand win, and Sir Jadeja came up with a cheeky response, ‘Will pack our bags and go home’.

Even though India’s 8-wicket win in just 6.3 overs boosted India’s net run rate (NRR) to surpass Afghanistan, India’s semifinal hopes will depend on the Afghans. If they fail to beat New Zealand on Sunday, India will be knocked out as Kiwis will progress to the semis along with Pakistan with more points than India.

“The answer is simple, we will pack our bags and go home if Afghanistan lose to New Zealand,” Ravindra Jadeja said at the post-match press conference on Friday.

After two back to back embarrassing losses to Pakistan and New Zealand, Virat Kohli & Co have bounced back, picking up two crucial wins in the last two games, beating Afghanistan and Scotland by huge margins to boost the NRR.

The 8-wicket win against Scotland on Friday propelled Virat Kohli & Co to 3rd place in Super 12, Group 2 with 4 points from as many matches and an NRR of +1.619, best in the group so far. However, it will not be enough to qualify as New Zealand have a better chance against Afghanistan. Sunday’s match will be a virtual quarterfinal as an NZ win will make Kane Williamson & Co unassailable in points table.

As for the match against Scotland, India did everything right. Virat Kohli broke his jinx and won the toss after 13 matches, opted to bowl first, bowlers put up a memorable performance dismissing Scotland for 85 and batters chased the target in 6.3 overs. Now, all they can is to wait and watch. 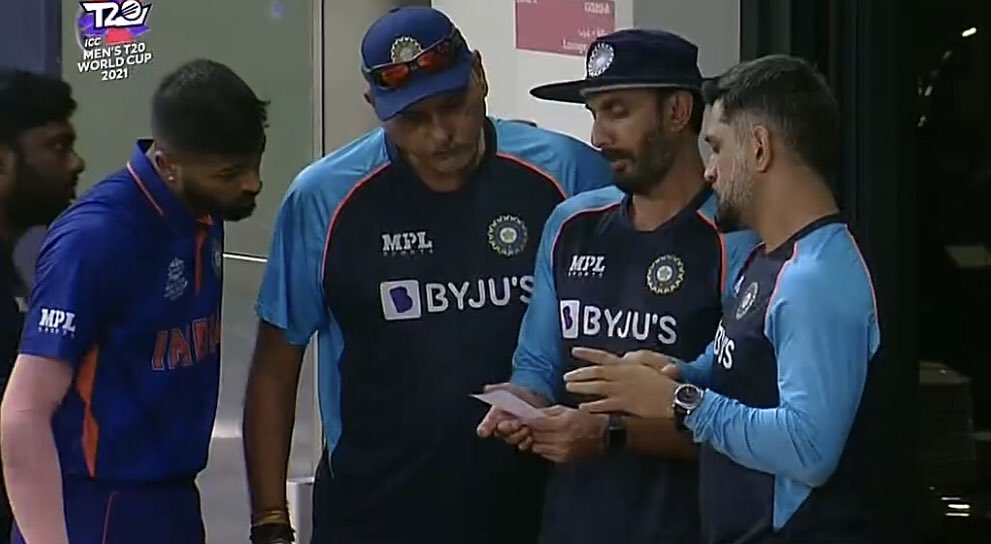 “A dominating performance, something that we were striving to do again. Now it will be interesting to see what happens on 7th (November). Don’t want to say a lot about today’s performance, we know what we can do,” said Kohli after the win,” Virat Kohli said at the post-match presentation.

Ravindra Jadeja on the other hand, put up a memorable performance. His career-best 3/15 in T20Is was too hot to handle for Scottish batsmen. With the wicket assisting turners, Jadeja took advantage of the stickiness of the pitch and bowled excellent four overs. First, he trapped Matthew Cross LBW and then cleaned up Richie Berrington in the same over. Michael Leask was his last victim as Scotland batting collapsed like a house of cards.

With the bat, KL Rahul and Rohit Sharma gave India an explosive start, bringing up 50 runs in just 3.5 overs. India chased the 86-run target in 6.3 overs.

“We have played really well in the last three years. We should not judge after just two matches. It happens in 1-2 matches. We didn’t think much about the,” Jadeja added.