IND vs WI: Asia Cup 2022: India’s skipper Rohit Sharma was seen delivering a captain’s speech on Sunday evening after India won the final T20 in Miami by 88 runs. India were without Rohit for the final T20 after he opted to rest, while Hardik Pandya led the side. Rohit has a stellar form ever since taking over the captain’s role. But now, the target is Asia Cup and despite the thrashing of West Indies, he seeks improvements.

Speaking after clinching the T20 series in Miami Rohit said, “It takes a lot to change your game, it takes a lot to get into a different mindset, it takes a lot to understand what the team requires at every point of time. For me individual brilliance is good but those little efforts from all of us will give us more results consistently and that is what we are looking for.”

India won the final T20 and clinched the series 4-1, winning both encounters in Miami
Rohit was rested for the final T20 with Hardik Pandya taking charge of the side
The Indian team had a successful tour having beaten the hosts in both T20 and ODI series

No Rohit in final T20

India clinched the final T20 without regular skipper Rohit Sharma as Hardik Pandya took charge of the side.
Both captains came out of the dugout and it was not Rohit but Hardik leading the Men in Blue in this match. Pandya won the toss and India opted to bat first.
Hardik has been taunted to be the new deputy for Rohit as persistent injuries have limited KL Rahul’s presence in the team.
Hardik also has a proven track record with both Indian team and in the IPL, having led Gujarat Titans to the title. 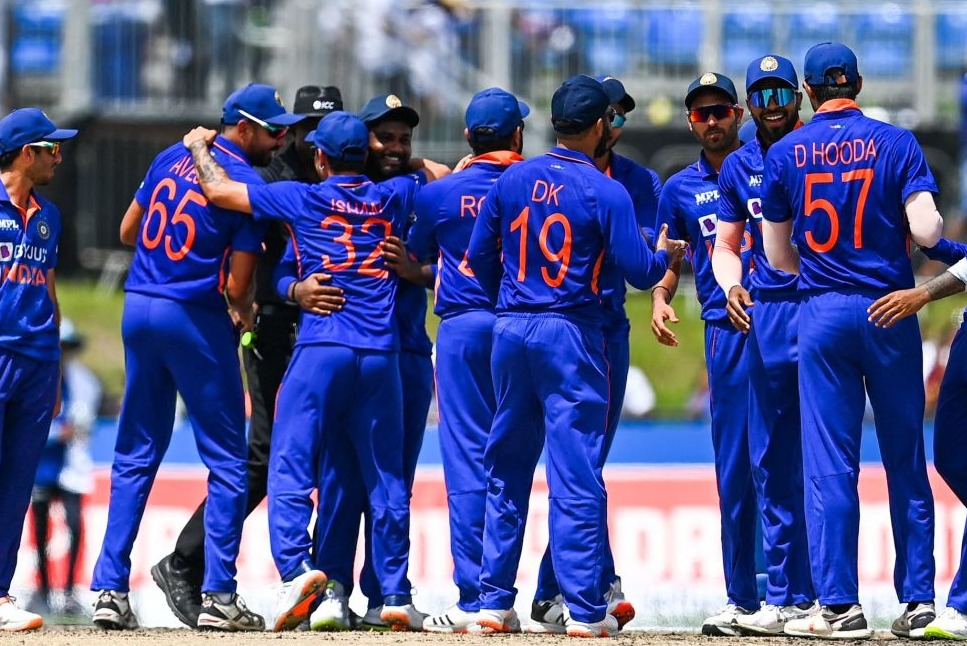 Shreyas Iyer roared back to form with a stroke-filled 64 while the spinners picked up all the 10 wickets as India recorded yet another one-sided 88-run victory over West Indies to wrap up the five-match T20 International series by a comprehensive 4-1 margin here. India’s spin trio of Axar Patel, Kuldeep Yadav and Ravi Bishnoi spun a web as the tourists hammered a clueless WestIndies in the fifth T20.

After opting to bat first, the Indian team posted a commanding total of 188 for seven against the WestIndies in the fifth T20 International, in Lauderhill. Stand-in skipper Hardik Pandya (28 off 16 balls) played a nice little cameo to beef up the score in the end with 18 runs coming off the penultimate over bowled by Jason Holder.