Former Rahul Dravid confidante Abhay Sharma has applied for India’s Fielding Coach job as R Sridhar announced he will step down after the T20 World Cup. Dravid is all set to take over as India’s next head coach in place of Ravi Shastri whose tenure will expire after the WC.

Abhay Sharma, who has worked with India A, India U-19 and more recently the national women’s side, has emerged as one of the candidates for the senior men’s team fielding coach’s position in place of the outgoing R Sridhar. The 52-year-old has applied for the fielding coach role with the Indian cricket team with Sridhar leaving at the end of the T20 World Cup along with the majority of the support staff including head coach Ravi Shastri. The application deadline ends on November 3.

“He will be applying for the role soon,” a BCCI source confirmed to PTI.

Abhay Sharma, who has played 89 first-class games representing Delhi, Railways and Rajasthan, was the fielding coach of the Indian team which travelled to Zimbabwe in 2016. He also travelled with the Indian team on the tour of USA and West Indies in the same year.

More recently, he was praised for his work by the Indian women cricketers including skipper Harmanpreet Kaur during the UK tour before he was replaced for the subsequent tour of Australia. 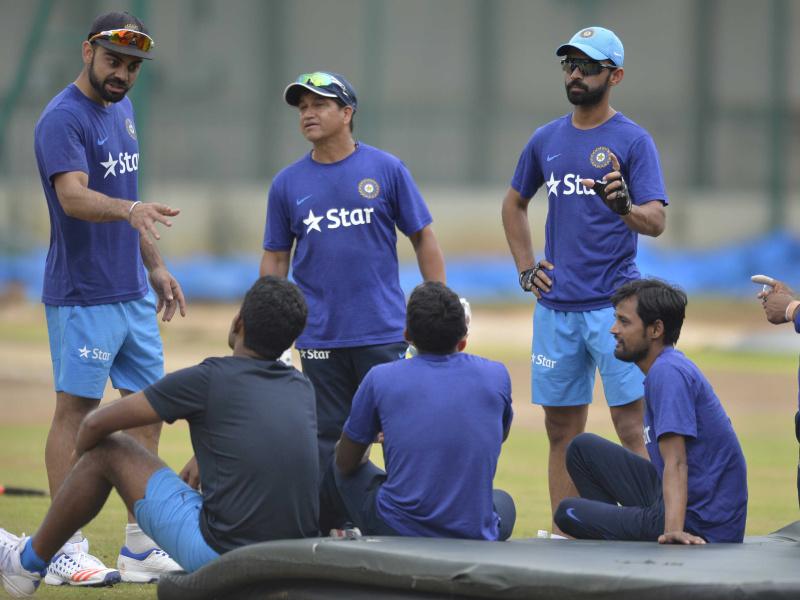 Sharma has travelled to three U-19 World Cups, most recently in South Africa in 2020. He has also been part of around 10 India A tours.

He is one of the coaches at the National Cricket Academy and has worked extensively with its chief Rahul Dravid, who is among the front-runners for the India head coach job.

After the T20 World Cup, BCCI will also announce Rahul Dravid as India’s next coach. However, he will have to go through the entire process including making a presentation for the CAC. The BCCI had invited applications for head coach, batting coach, bowling coach and fielding coach’s roles with the last date of submission is October 26 for the head coach’s job.

Even though BCCI will not have long left to finalise everything but the source explained that it will be enough to appoint a new CAC member to replace Madan Lal in the three-man team while also appointing the next coach before the New Zealand series.

“We have approached a few to replace Madan Lal. But nothing has been finalized yet. But definitely, before the coach’s selection, CAC will be up and running. Whoever (Coach) applies will have to go through the CAC and complete all the formalities. Even Dravid will have to present his ideas to the CAC. We expect the process to be completed before the NZ series,” the source said.