Rajasthan Royals opening batter Yashasvi Jaiswal fulfilled his lifetime dream after getting an autographed bat from former India and current Chennai Super Kings’ captain MS Dhoni. A big fan of Dhoni, Jaiswal had earlier played against him but could not get the opportunity to ask for an autograph. But on Saturday he finally had his dream come true.

Shivam Dube and Yashasvi Jaiswal played knocks of 64 and 50 as Rajasthan Royals chased down the total of 190 with seven wickets in hand and 15 balls to spare. Dube played a knock of 64 off just 42 balls with the help of 4 fours and 4 sixes.

What a moment meeting the legendary @msdhoni sir and greatly elated by getting his signature on my bat. Always an inspiration! 🙌🙏 pic.twitter.com/pWsoxsFNzj

“I took signature of MS Dhoni on my bat after the match, I am really happy,” he Yashasvi Jaiswal said. 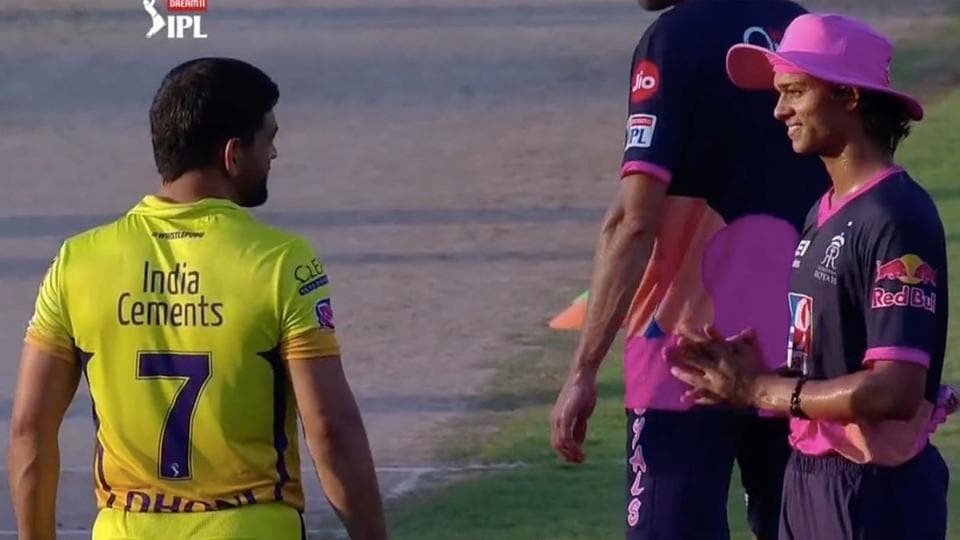 “I was thinking about looking at the wicket first, but we were chasing 190, I knew the wicket must be good. I was just looking at capitalising on the loose balls and giving my team a good start so that we are able to chase 190,” Jaiswal told teammates Anuj Rawat and Shivam Dube in a video posted on iplt20.com.

“When I went out there to bat, we were at top and I was just focusing on playing my natural game so that we are able to chase down the total quickly,” Dube said.