Chennai Super Kings superstar all-rounder Ravindra Jadeja has confirmed that everything is fine between him and the franchise. Jadeja uploaded a post on his official Twitter handle where he is bowing in front of the CSK skipper MS Dhoni as he wrote ‘Everything is fine’ #Restart. The post was also liked by CSK’s Twitter handle. Jadeja’s social media post came minutes after he was retained by the Yellow Army ahead of the mini-auction, scheduled for December.

Everything is fine💛 #RESTART pic.twitter.com/KRrAHQJbaz

The four-time IPL-winning captain had made it absolutely clear to the CSK management that Ravindra Jadeja needs to be retained at any cost. Dhoni also emphasized the fact that Jadeja’s influence can’t be replicated by any other player.

Moreover, Dhoni felt as CSK will be playing their home leg in Chennai after a long time and Jadeja is most suited to the conditions. On Dhoni’s insistence, CSK management had no other option rather than to keep Jadeja in the CSK camp. 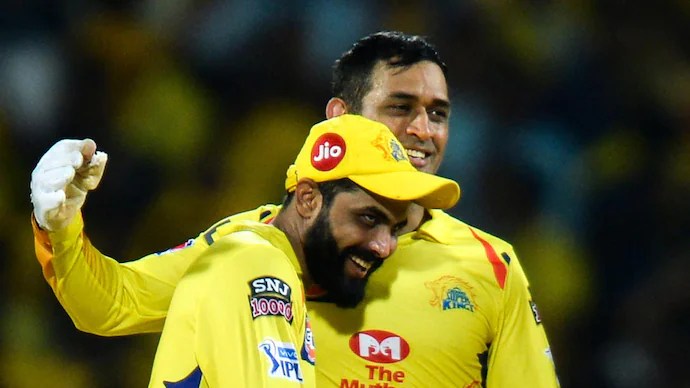 What went wrong between Jadeja and CSK management?

Jadeja missed the last few matches of the IPL 2022 season due to an injury after a horror season with both bat and ball.
Right before the start of IPL 2022, Dhoni had decided to hand over the CSK captaincy to Jadeja.
However, things did not work out as Dhoni expected.
Jadeja stepped down after CSK’s 8th matchday and Dhoni took over the reins once again.
Jadeja was ruled out of the season with an injury, leading to rumours about a rift between Jadeja and the team management.
The situation got so boiled up that Jadeja also unfollowed CSK from the social media platforms.
However, all the speculations were cleared after CSK decided to retain Jadeja and also confirmed that Dhoni will be leading the Yellow Army in the next edition.
CSK Retained Players: Mahendra Singh Dhoni (C & WK), Ravindra Jadeja, Devon Conway, Moeen Ali, Ruturaj Gaikwad, Shivam Dube, Ambati Rayudu, Dwaine Pretorius, Maheesh Theekshana, Prashant Solanki, Deepak Chahar, Mukesh Choudhary, Simarjeet Singh, Tushar Deshpande, Rajvardhan Hangargekar, Mitchell Santner, Matheesha Pathirana, Subhranshu Senapati