Sri Lanka have added Binura Fernando, Akila Dananjaya and Lahiru Kumara to the main 15-member squad from the reserves for the T20 World Cup while leaving out Nuwan Pradeep, Minod Bhanuka and Praveen Jayawickrama, finalising their squad for the mega event. Dasun Shanaka has been named as the captain.

Sri Lanka are in the first round alongside Ireland, Namibia, the Netherlands and will aim to finish the Group stage amongst the first two and qualify for the Super 12 round.

The following 15 member final squad was selected by the Cricket Selection Committee to take part in the ICC Men’s #T20WorldCup 2021, which will be played in UAE and Oman from 17th October to 14th November 2021. READ: https://t.co/RfgjaODBwa pic.twitter.com/oEI5UZCdwc

Before Sri Lanka begin their T20 WC campaign on October 17 against Namibia on October 18, they will face Bangladesh and Papua New Guinea in two warm-up matches. 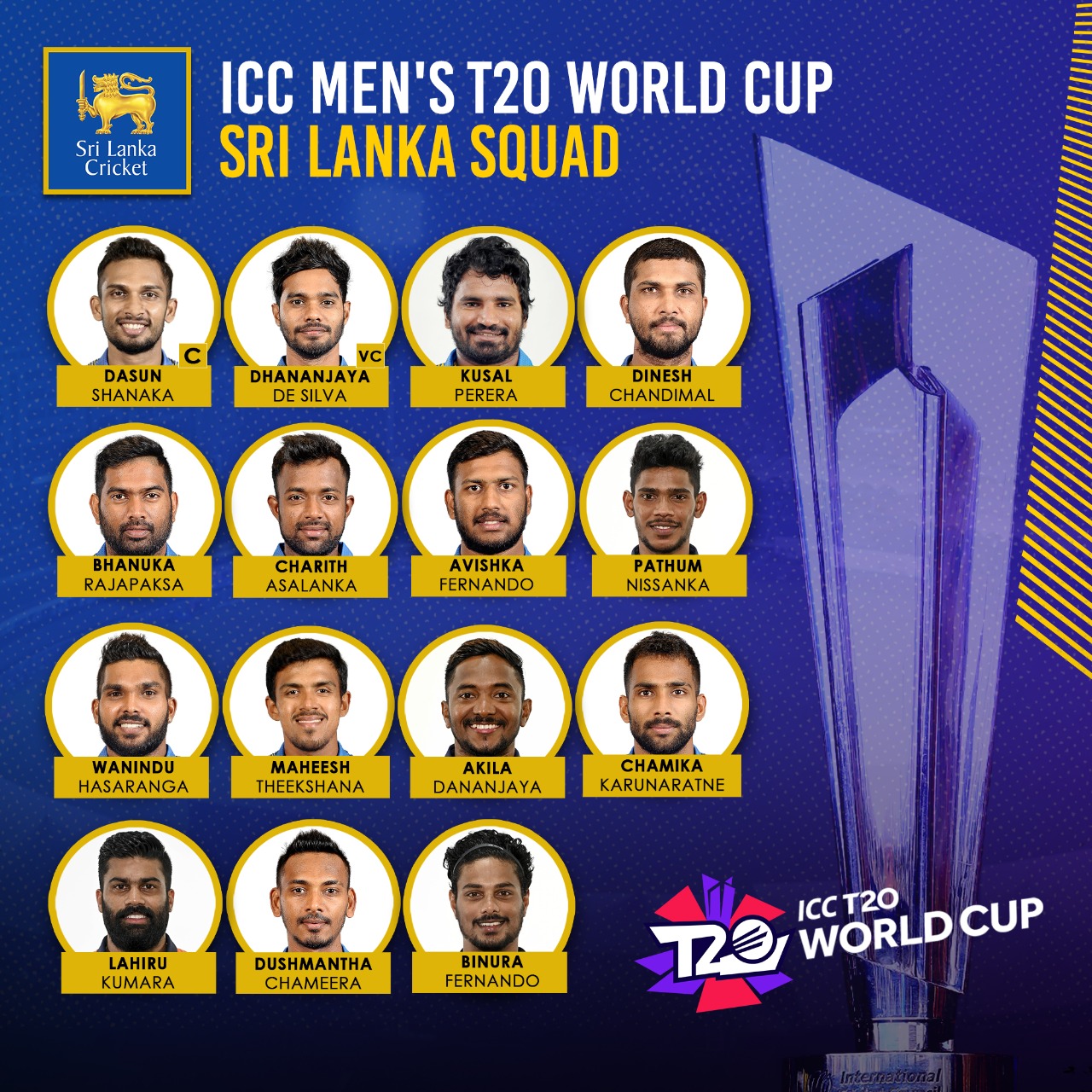 Meanwhile, Sri Lankan duo in the IPL 2021 — Wanindu Hasaranga and Dushmantha Chameera will leave IPL and join Sri Lanka’s squad in Abu Dhabi ahead of their T20 World Cup warm-up match against Bangladesh.

While Sri Lanka Cricket officials didn’t respond directly to queries on whether Wanindu Hasaranga and Dushmantha Chameera will be available for the remainder of IPL 2021, the official said both were given the NOC (No Objection Certificate) on conditions that they will join the Sri Lanka T20 World Cup squad in Oman for preparations and they expect the two RCB stars to adhere to that.

“Hasaranga and Chameera had been asked to join the Sri Lanka team by October 10. That was what we agreed on and it still stands. We expect them to join the squad soon,” an SLC official said.