Sri Lanka’s Wanindu Hasaranga scripted another record a day after becoming World No 1 T20I bowler. With his wicket of Dwayne Bravo of West Indies on Thursday, the Sri Lankan spin wizard became the bowler with most wickets in a T20 World Cup. With 16 wickets in this WC, he surpassed fellow countryman Ajanta Mendis (15).

Ajanta Mendis scalped 15 wickets in 2012 T20 World Cup that West Indies won, beating Sri Lanka in the final in Colombo. Ironically, it was the same opponent on Thursday and his spin was too hot to handle for West Indies. 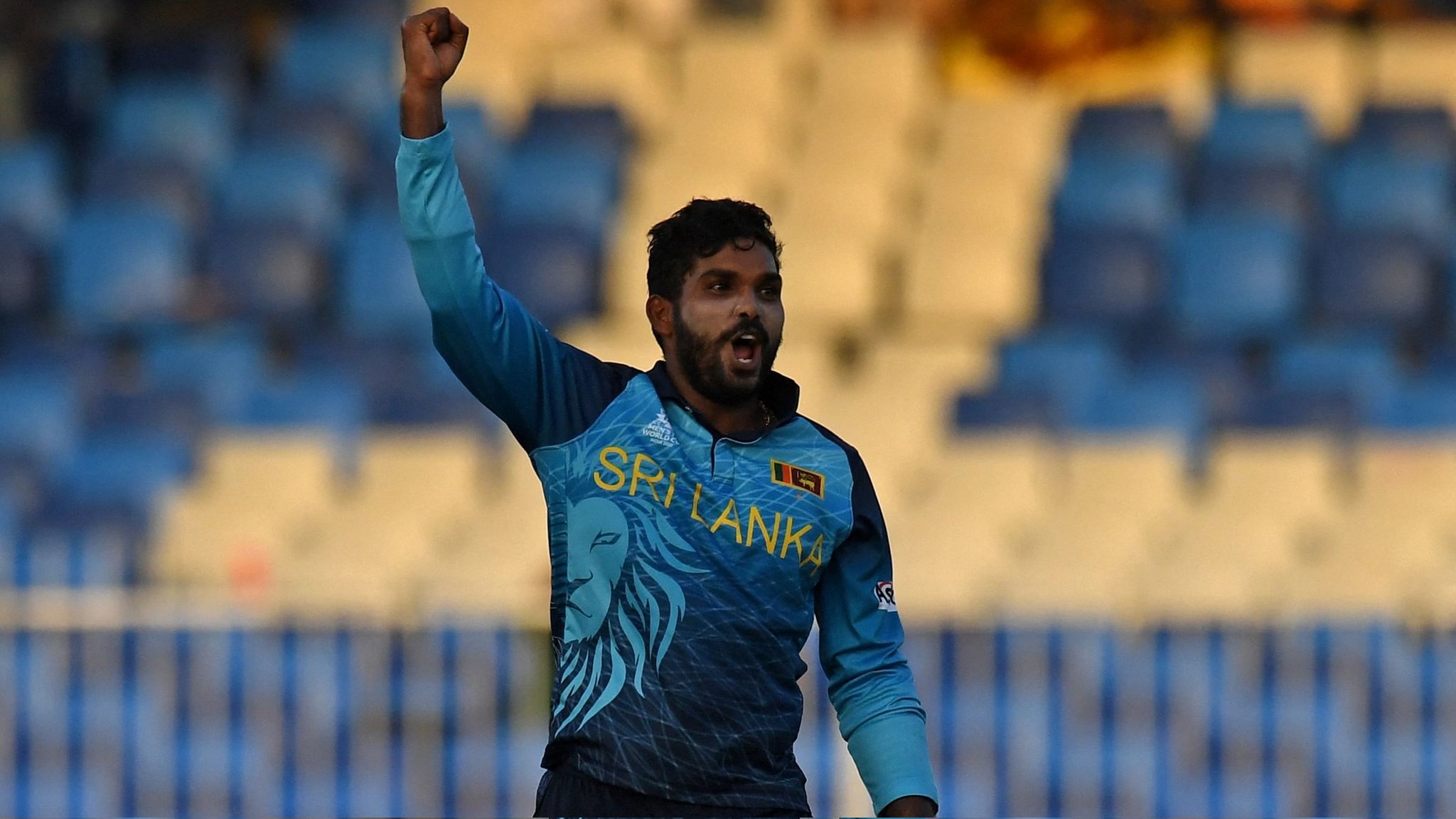 First, he cleaned up Kieron Pollard’s stumps with a googly that the West Indies captain failed to read, equalling Ajanta Mendis with 15 wickets. Then, on his last ball of the last over, he cleaned up Dwayne Bravo’s stumps to surpass Mendis and script a new T20 World Cup record.

Most wickets in a T20 World Cup:

As for most wickets in T20 World Cup, Bangladesh’s Shakib Al Hasan leads the charts with 41 wickets in 31 matches. 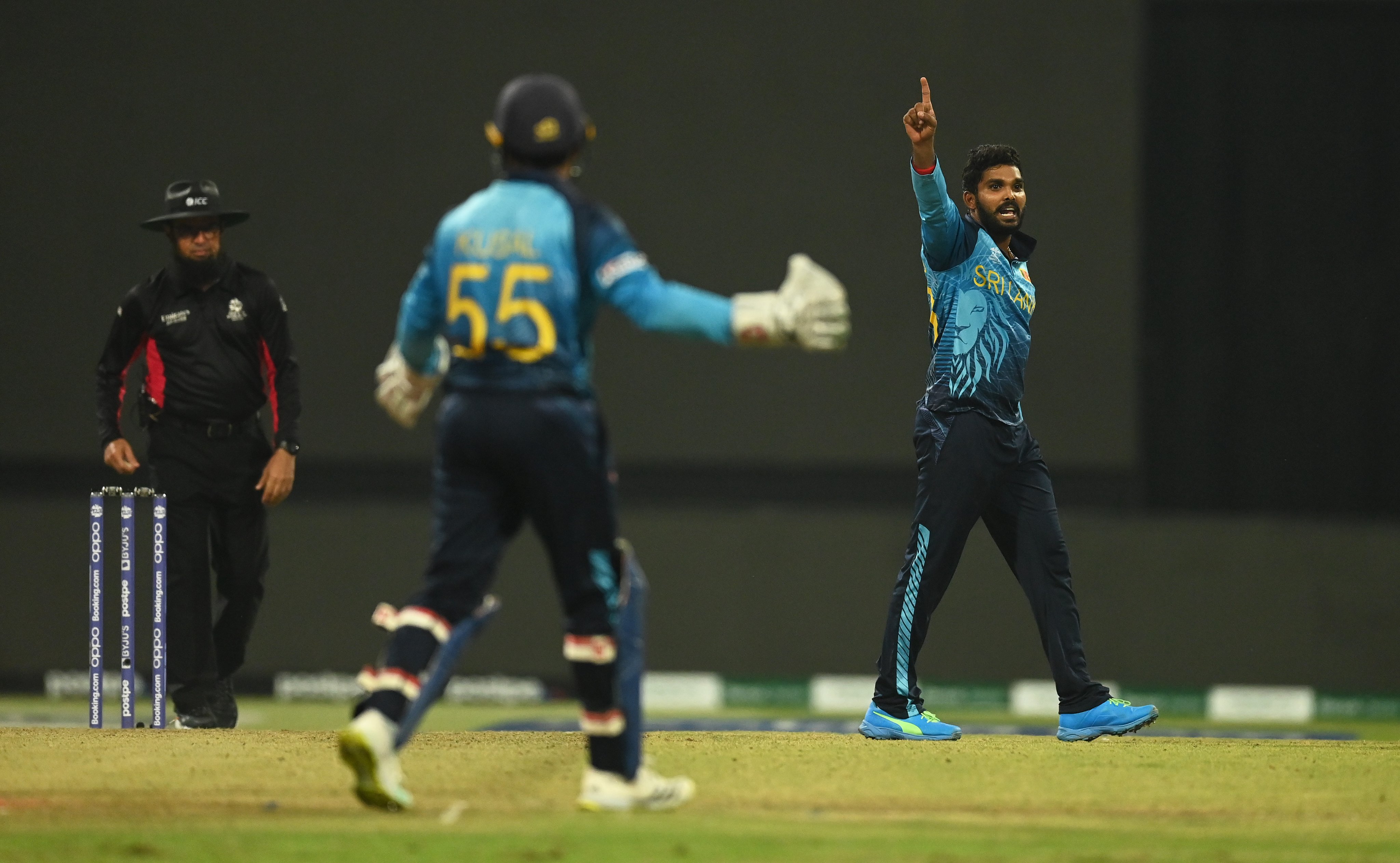 Hasaranga’s feat came a day after he dethroned Tabraiz Shamsi to become World No 1 T20I bowler in ICC rankings. It was the first time that the Sri Lankan leg-spinner achieved World No 1 rank. But it is a result of another record that he broke a week before.

With three-wicket haul against England in a Group 1, Super 12 match, Hasaranga became the leading wicket-taker in a calendar year, going past Tabraiz Shamsi in the process.