In a huge sigh of relief, India celebrated the return to form of Virat Kohli on Sunday. Having shown glimpses of his touch in the earlier two matches, Kohli slammed a fluent fifty against Pakistan in the Asia Cup 2022 Super 4. It was his 32nd fifty in T20Is, the most by a player in the history of the format.

Virat Kohli etched his name into the record books with a stunning half-century on a hot evening in Dubai on Sunday. Playing arch-rivals Pakistan in their first Super 4s, the 33-year-old played a gem of a knock to help India put on a competitive score on board. The former captain with his second consecutive half-century took his tally of 50+ scores to 32 in T20Is, the most in the format.

Kohli initially took his time and got his eye in before unleashing his range of shots in Dubai. While the rest of the middle order crumbled, the 33-year-old stood guard and scored his 32nd half-century to put his team in control. 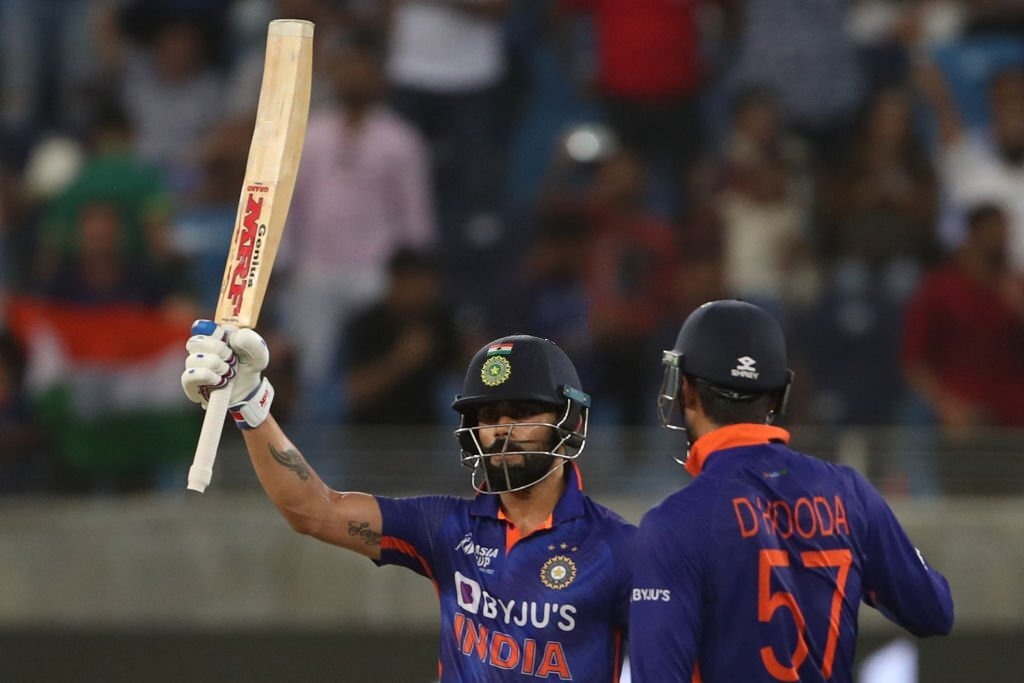 Kohli struck a delightful 60 runs off 44 balls. His knock was decorated with four boundaries and a six. This was his 32nd half-century in T20Is. But he was run out on the fourth ball of the final over. Compatriot Rohit Sharma has been knocked down to second number after this superb innings by Virat, as he has 31 fifty-plus scores, including four centuries.

He is followed by Babar Azam of Pakistan (27 fifty plus scores including a century), Veteran Australian opener David Warner (23), New Zealand’s Martin Guptill (22) and Ireland opener Paul Stirling (21). Now in 102 matches, Kohli has scored 3,462 runs at an average of 50.91. He has scored 32 half-centuries in the format, with 94* being his best score. His strike rate in this format is 137.10.